On the Books: Jim Crow and Algorithms of Resistance is a text mining project of the University of North Carolina at Chapel Hill Libraries with the goal of discovering Jim Crow and racially-based legislation signed into law in North Carolina between Reconstruction and the Civil Rights Movement (1865-1968). Here is what we are making:

We will also be doing some outreach about the project, and plan to:

The work of On the Books: Jim Crow and Algorithms of Resistance is funded by the Andrew W. Mellon Foundation as part of the first cohort for Collections as Data: Part to Whole. 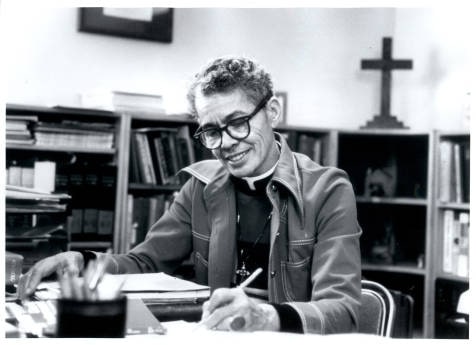 In Honor of Pauli Murray

Reverend Dr. Pauli Murray was a lawyer, Episcopal priest, and human rights activist. Murray was co-founder for the National Organization for Women and author of States’ Laws on Race and Color (1951), which Thurgood Marshall called “the bible of the civil rights movement.” The book cataloged racially-based laws in every state of the country, including Murray’s home state of North Carolina. In 1938, the University rejected the admission of Pauli Murray on the basis of the color of her skin. More information about Pauli Murray is available from the Pauli Murray Project, featuring an exhibit about her life.

The work of On the Books honors Pauli Murray’s legacy, expanding on her work researching and identifying racial codes of the Jim Crow era. Murray identified over 60 North Carolina laws; our initial methods have revealed many more.

On the Books: Jim Crow and Algorithms of Resistance uses text mining and machine learning to identify racist language in legal documents, helping expose the wide-ranging effects of Jim/Jane Crow on the American South. We have coined the phrase “algorithms of resistance” in reference to Safiya Noble’s Algorithms of Oppression: How Search Engines Reinforce Racism (2018). If algorithms can reinforce racism, could we also use algorithms to fight racism? Instead of proliferating racist ideas, can algorithms help us better study the history of race and advocate for justice?

From the University Libraries:

From UNC Department of History: